Home / Board of Trustees

FMC is steered by an eminent Board of Trustees (BoT) Chaired by Mr Ajay Shankar, Former Secretary, Department of Industrial Policy and Promotion, Government of India. The Board lays down the objectives of FMC and ensures its overall governance in conformity with the mission and vision of FMC. 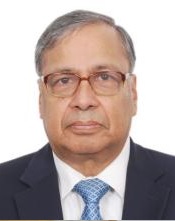 Shri. Ajay Shankar is a Former Secretary to the Government of India. He has rich and varied experience in public service for over forty years. He served as Secretary, Department of Industrial Policy and Promotion (DIPP) of the Government of India where his key responsibilities included FDI policy, investment promotion and the IPR regime in the country. He was the Chairman of the National Productivity Council and of the Quality Council of India. He initiated the setting up of Invest India to facilitate enhanced inflow of FDI. He subsequently served as the Member Secretary of the National Manufacturing Competitiveness Council (NMCC). He had been a member of the Committees set up by Government of India on: (i) Reform of Public Sector Enterprises, (ii) Restructuring of HAL and (iii) Electricity Distribution Reforms. He also served as the Chairman of (a) PPP Review Committee of the Railways and (b) Expert Committee for Replacing Multiple Prior Permissions with a Regulatory Mechanism for improving Ease of Doing Business. He had served on the Boards of major public sector companies. He had been a Public Policy Scholar at the Woodrow Wilson Centre in Washington DC. He is a Distinguished Fellow at The Energy and Resources Institute (TERI). 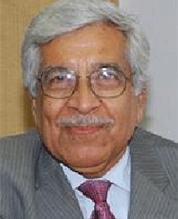 Prof. Yoginder K Alagh is a Member of the Hon’ble Prime Minister Shri Narendra Modi ji’s Advisory Committee on Celebrating the 75th Year of India’s Independence. He is Professor Emeritus of the Sardar Patel Institute of Economic and Social Research in Ahmedabad. He holds a doctorate in Economics from the University of Pennsylvania at Philadelphia (USA) and taught at that University as well as at IIM Kolkata. He has published extensively in India and abroad and was awarded the prestigious V.K.R.V. Rao Award for outstanding research in economics in 1982. He had been consultant/senior adviser/senior fellow to numerous national and international organizations such as FAO, UNDP, ILO, World Bank, UNESCO, United Nations University, World Institute of Development Research. He was Vice Chancellor of the Central University of Gujarat and was also Chair Professor at the Punjab University. He was the Minister of State (Independent Charge) in the Government of India, for planning and programme implementation, science, technology and power. He was vice-chancellor of Jawaharlal Nehru University, a member of the Planning Commission, Chairman of Bureau of Industrial Costs and Prices (BICP) and Chairman of Agricultural Prices Commission (APC), Government of India. 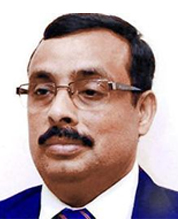 Dr. Sunil Shukla is Director of the Entrepreneurship Development Institute of India (EDII). He is the Member Secretary of South Asia Forum for Entrepreneurship Education and Research. He has been involved in promoting entrepreneurship at national and international levels. His activities include ILO-SAAT Missions for capacity building of IEDI, Kathmandu; faculty support to UNIDO, Amman and to TVTC, Zambia. During 2006-11, he successfully anchored a mega project ‘Unleashing Entrepreneurship for Development and Trade’ in Greater Mekong Sub-region countries. As a visiting faculty, Dr Shukla has been teaching ‘Entrepreneurship’ at top ranking institutions including IIM Ahmedabad and IIM Udaipur. He has over twenty years of experience in entrepreneurship education, research and institution-building. Dr Shukla has also been working with various firms for their strategic planning and intrapreneurial capacity building. 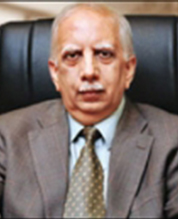 Mr. Rakesh Rewari has more than 30 years of experience in Financial Institutions where he worked in various areas including technology financing, SME and micro credit, credit rating and risk management and venture capital among others. Shri Rewari has served as Deputy Managing Director of Small Industries Development Bank of India (SIDBI) from 2006 to 2011. He holds membership in various committees such as the Board of Directors of National Small Industries Corporation Ltd., the Board of Trustees of Credit Risk Guarantee Fund Trust for low-income housing set up by the Government of India. He is presently a member of the Apex Committee of BIRAC and Independent Director on the Board of 3 Companies. He is a BTECH in Mechanical Engineering from the Indian Institute of Technology, New Delhi and an MBA from FMS, University of Delhi.

Dr. Veena Joshi is a PhD in Physics from Indian Institute of Technology, Mumbai and Kanpur respectively. As a researcher at The Energy and Resources Institute (TERI) she contributed immensely towards biomass-based cooking stoves and indoor air pollution, biomass resources, rural energy planning and implementation issues, etc. She specialises in developing new modalities for programme implementation to promote energy efficiency in buildings and small-scale industries and decentralised power generation in rural areas. In the past she worked with the Swiss Agency for Development and Cooperation and contributed to developing and managing Global Environment Programme in India. The global environmental programme focussed on CFC phase out in the refrigeration sector and energy efficiency improvements in the small and micro enterprise sectors such as –foundry, glass, brick and wood-based enterprises. Other programme development and management experience includes –renewable energy services, rural energy and housing, human and institutional development, etc. 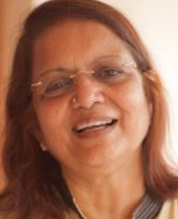 Ms. Meera Shenoy has over a decade experience in market linked vocational skilling of rural and disabled youth from underprivileged families. She is a pioneer in the country in this field and has worked in the government in senior positions, with multilateral funders and now as a change maker. Meera Shenoy is Founder-ChairpersonYouth4Jobs, an organization she set up four years back, which focuses on helping companies build an inclusive workforce. This includes market linked skilling and placing in organized sector youth with disability, women and scheduled caste. Current focus is on youth with disability. 90% of the youth comes from unreached villages. 40% are girls with disability. Today Youth4Jobs has become the largest organization in the space of training and placing youth with disability, working closely with companies like Google, etc. Besides, Y4J offers consultations and conducts interactive workshops to companies to help them become inclusive. She was Executive Director of EGMM (Employment generation & Marketing Mission), country’s first state skilling mission for rural and tribal youth, which she helped set up from scratch in 2004 for the Andhra Pradesh government and took it to scale. 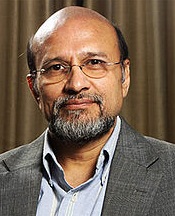 Dr. Santosh Kumar Mehrotra has a PhD in Economics from University of Cambridge (1985) and an MA in Economics from the New School for Social Research, New School University, New York (1981). He has 35 years of experience of international development research, policy and practice (20 years internationally; 15 years in India). He also has experience of using evidence to achieve policy change (internationally in UN agencies, and in Government of India through its Planning Commission; since 2014 as a Member or Chairman of state/Union government constituted Expert Groups). He has an Academic credibility, with record of peer-reviewed international journal publications development related to economic and human development. He worked with UNICEF and also as Chief Economist of UNDP and also headed the Development Policy Division, Planning Commission (till August 2009). He is an author of several chapters in India’s 11th Five Year Plan (2007-2012) and the 12th Five Year Plan and was team leader, second national Human Development Report (Oxford, 2011). He was a Professor at Jawaharlal Nehru University and is at present a Visiting Professor, Centre for Development, University of Bath, UK.